Smart is not enough: expand and integrate your vacuum robot with iBeacons, infrared and WiFi.

When Asimov introduced “The Three Laws of Robotics” in 1942, a future vision of smart appliances and domestic robots helping in ordinary daily tasks was already imprinted in the professor’s forward mind.

Almost a century after the laws were laid out, we’ve seen Aibos, Naos, drones, and more recently, Pepper, the domestic robot made by SoftBank. If autonomous roaming around the house is a key aspect of things known as robots, we may be already there.

Beyond cats and Sci-Fi

Vacuuming probably isn’t the must fun thing to do, especially if you don’t have a Dyson or a cat – that’s what some viral videos showed us in the past years. Videos starring cats, dogs and even baby ducks raised public awareness around the new product category and delivered a social avalanche of funny moments never seen before.

They might make one wonder the real value of such products, but it all depends on your needs, lifestyle and even character: If you have a space that stays inhabited most of the time, which you visit every week or so, a vacuum robot might be for you. If you’re rich, living in a 3 floors villa equipped with an elite squad of servants and domestic helpers, a product like this might not be for you, unless you have a cat or a duck, naturally. 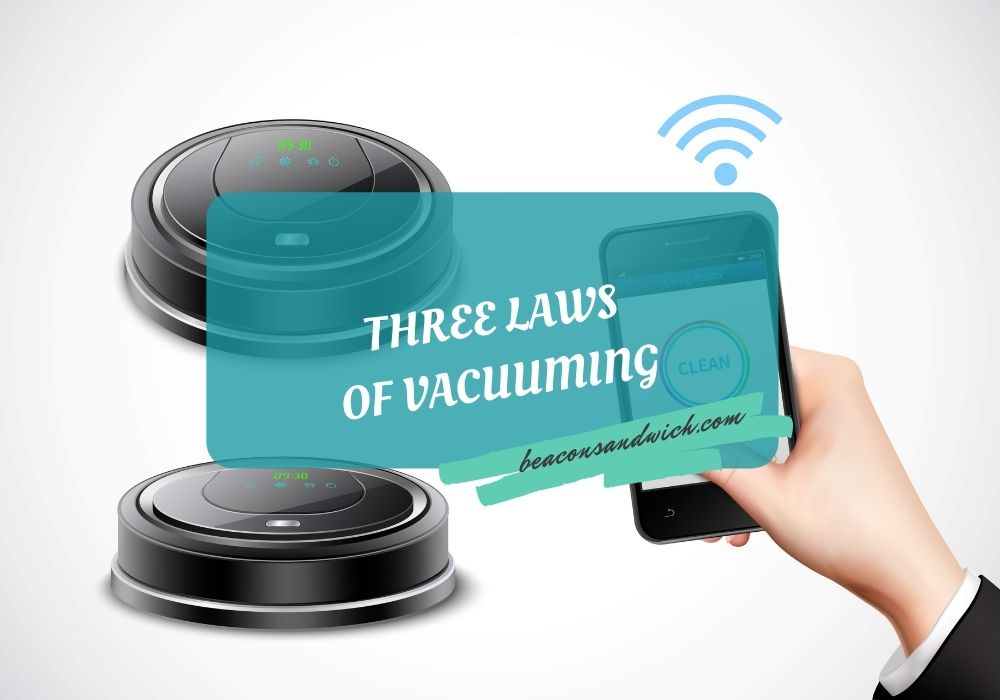 “A robot must obey the orders given it by human beings, except where such orders would conflict with the First Law” said Isaac Asimov’s in his robotics laws. Most of the currently made products work in full autonomous mode with pre-scheduled working hours and automatic return home (charging station). That’s easy to understand, and it works great.

Like anything else in life, there will always be a reason or time when you’ll need things ad-hoc, either because of the popcorn incident or that cable guy who has just visited the client in the ranch. Naturally, 99.9% of these products are shipped with simple remote controls that allow you to manually start and stop vacuuming, and in most cases, even drive the robot manually just like you do with remote controlled cars.

The possibilities and fun end right there – with the exception of a few products, WiFi or Bluetooth connectivity isn’t common. Brands now are starting to introduce the first connected robots, such as the Samsung Powerbot VR9000 and the iRobot Create 2, which is targeted at developers and students.

Having your vacuum robot integrated with your smart automation system allows you to disable motion/security sensors when the robot begins vacuuming or to dispatch punctual cleanings when you have arrive home on rainy days for example.

Getting things connected (and done)

Infrared remote technology has been around for more than 60 years and, believe it or not, it’s still more popular and widely available than Zigbee or even Bluetooth, even though sometimes infrared is positioned within the “truly wireless” and optical categories. It may not have the advanced technological innovations of more recent wireless technologies, but besides being widely available, it has the advantages of being cheap and easy to interface with by using an infrared module or adapter.

An infrared module basically replaces (or co-exists in harmony with) your robot’s remote control. If your home has a simple or even more advanced automation system, being able to control and communicate with infrared-controlled appliances is a huge advantage that opens unlimited possibilities.

Modules shipped with APIs (in some cases as simple as HTTP, REST or JSON commands) let you interface and control all kinds of remote controlled appliances, including your iMac, audio system, TV, aircon, digital camera, Dyson products, and the list goes on.

After your infrared module is configured to connect to your WiFi network, all you need is a place or app where you can send commands to your robot; that’s where Beecon comes in. To start, you can learn all the original remote control commands/buttons using the app feature that allows you to learn commands of any infrared remote control. With commands learned and tested (you can manually dispatch them as you learn), Beecon gives you options of sending commands to your robot based on a variety of actions or events, such as when you leave or arrive home, weather forecast, temperature, GPS coordinate or proximity if you have Estimote iBeacons.

You can also control and automatise your vacuum robot using your computer, other home automation systems, IFTTT or even -remotely- if your pets are too lazy when you’re not around.

Having a Bluetooth or WiFi-enabled robot, such as the iRobot Create 2, opens further possibilities if you’re a developer or like hacking things. Higher end models from Samsung or LG can be controlled using a smartphone and even allow you to watch a live video feed directly from the robot’s onboard camera, but getting them integrated with other devices, apps or systems can be challenging since both companies aren’t developer-friendly yet.

Why robots do it better?

Getting down to business

Autonomous vacuum robots come in all colors, shapes and prices. From Dyson’s not yet available 360 Eye Robot to cheaper Chinese alternatives, the average price of a vacuum robot ranges from $100 to $1.000 USD. Brands like iRobot and its Roomba series pioneered the segment by introducing the first products of its kind back in 2002.

As most of the robotic vacuum cleaners have no connectivity via WiFi or Bluetooth, infrared becomes the method of choice. Low-cost, versatile and as popular as WiFi, an infrared module enables you to control and connect to an infinite range of products and home appliances, either using the Beecon app to control it directly or integrated with your home automation system.

You can use iBeacons to automatically start or stop the vacuum (send it back to the charger) based on pre determined scenarios, such as when your cat or dog walks in the room (using an iBeacon tag collar and the Beecon app as a stationary and always plugged iOS device) or when you leave home everyday.

What the three laws of robotic vacuuming should be?

Conclusion? With rule number one almost hit, number two not so close to become reality, and rule three waiting for rules one and two to become true, today’s vacuuming robots are good and we will see much improvement in what they’re cable to do and how well they integrate with other appliances and systems in the next years.

Just like a toe that isn’t considered intelligent, but still is part of an intelligent and self-aware body, “intelligence” doesn’t have live exclusively inside the robots, it must transcend the appliance physical boundaries and dissipate within other devices, sensors and systems around. It’s called teamwork.

Robotic vacuum cleaners go beyond “pet fun” — they keep your office or home clean and they do the dirty work when no one is around. They prevent you to get in contact with dirt or dust particles, and especially, they don’t require your precious time and effort to do repetitive or daily tasks. Good robots will always find their way back home quickly and without bumping things. Your pets will love it!